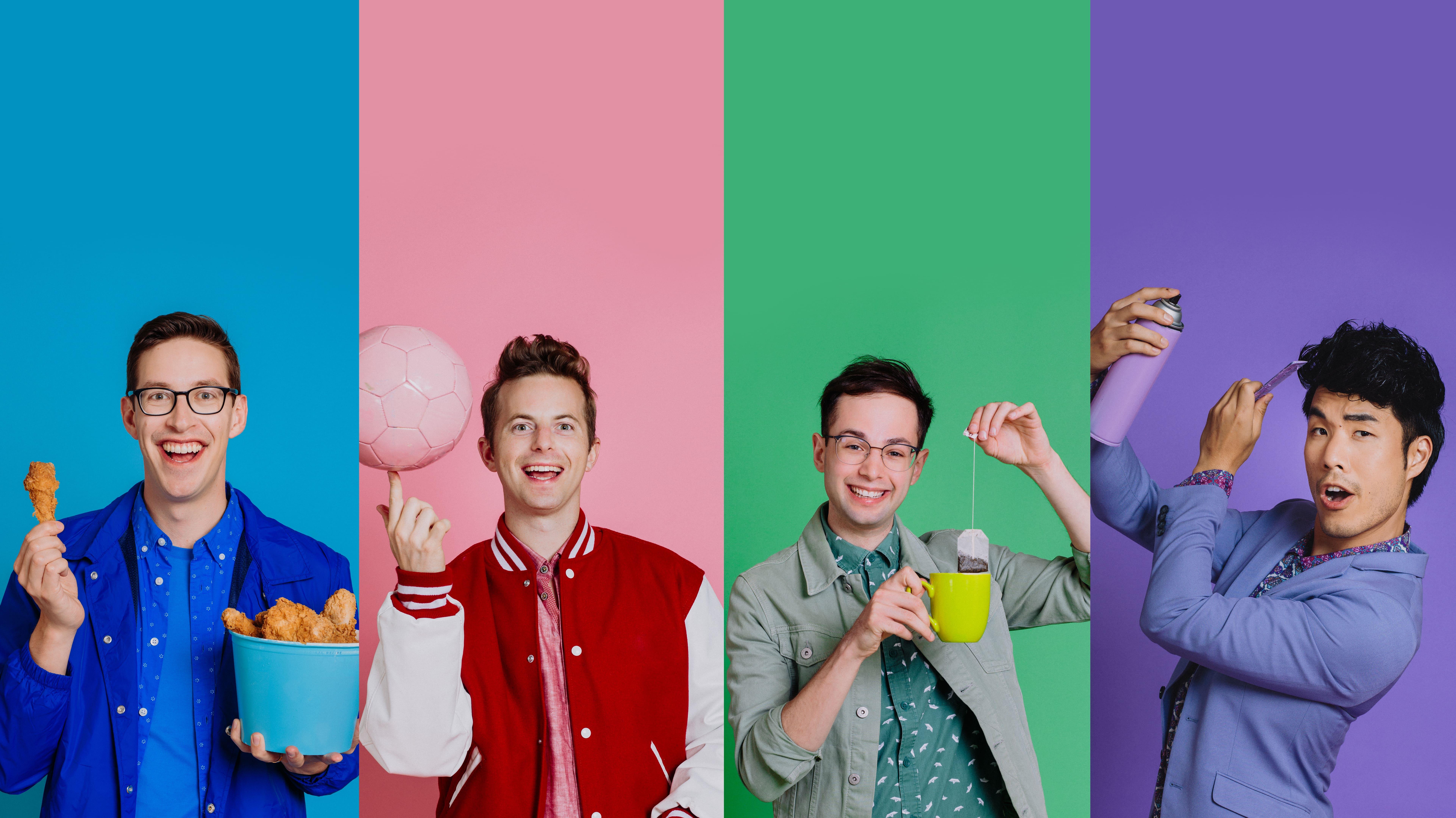 The Try Guys were established in 2014 and launched an independent YouTube channel in 2018. They now have over 5.8 million YouTube subscribers and over 2 billion views. Keith Habersberger, Ned Fulmer, Zach Kornfeld, and Eugene Lee Yang, collectively known as The Try Guys, are known for their willingness to try anything and everything, from simulating child birth with electrodes to swimming with sharks, all in the name of better understanding the people and world around them. Now, The Try Guys are embarking on their first nation-wide tour.

In the live space, they've headlined the main stage performances at VidCon for the last two years with spectacular original performances that have gained their own viral acclaim. Alongside their video installments, The Try Guys also produce an audio podcast, The Trypod, and will release their first book, The Hidden Power of F*cking Up, published by Harper Collins, on June 18th.

The Try Guys are a collective of passionate video producers, entertainers, authors, and best friends. They love each other; they love you; they love creating things with each other for you.